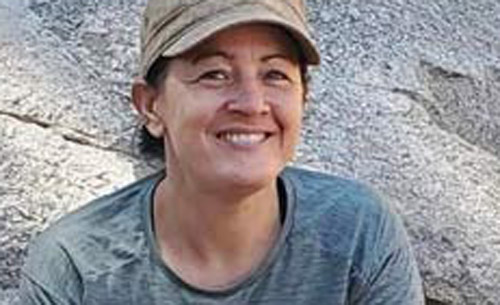 A Fresno woman who never returned home after a shopping spree in December has been found dead in the Sierra Nevada, the Fresno County Sheriff’s Office announced.

She was last seen Dec. 3 at a Costco store in Fresno. A roommate reported her missing when she didn’t return home.

Tomlinson had said she was going to run some errands, and she left behind her beloved dog. Surveillance video confirmed she was at Costco around noon.

Because Tomlinson was an avid hiker who frequently visited the Sierra National Forest and Sequoia National Park, researchers from the Sheriff’s Office, Forest Service, and California Highway Patrol focused on those areas but found no nod to her or her silver 2002 Honda Civic. Tomlinson had not taken any outdoor gear with her and was not dressed for winter hiking when she disappeared.

Last Monday, May 2, a Civic was reported abandoned off Dinkey Creek Road in the Sierra National Forest, 10 miles east of the community of Shaver Lake and approximately 60 miles from Fresno. The license plate matched that of Tomlinson’s car.

The car is believed to have been covered in snow since December.

About 20 members of the search and rescue team went to the area and on May 4 bones were found about half a mile from the car. On Friday, May 6, a comparison with dental records confirmed that the remains belonged to Tomlinson.

No foul play is suspected, the sheriff’s office said.

Tomlinson had attended Diablo Valley College, Pleasant Hill, and California State University, Fresno. She worked for the agricultural departments of Alameda and Contra Costa counties before moving in 2013 to Fresno, where she trained and handled dogs that assist in county agricultural inspections.