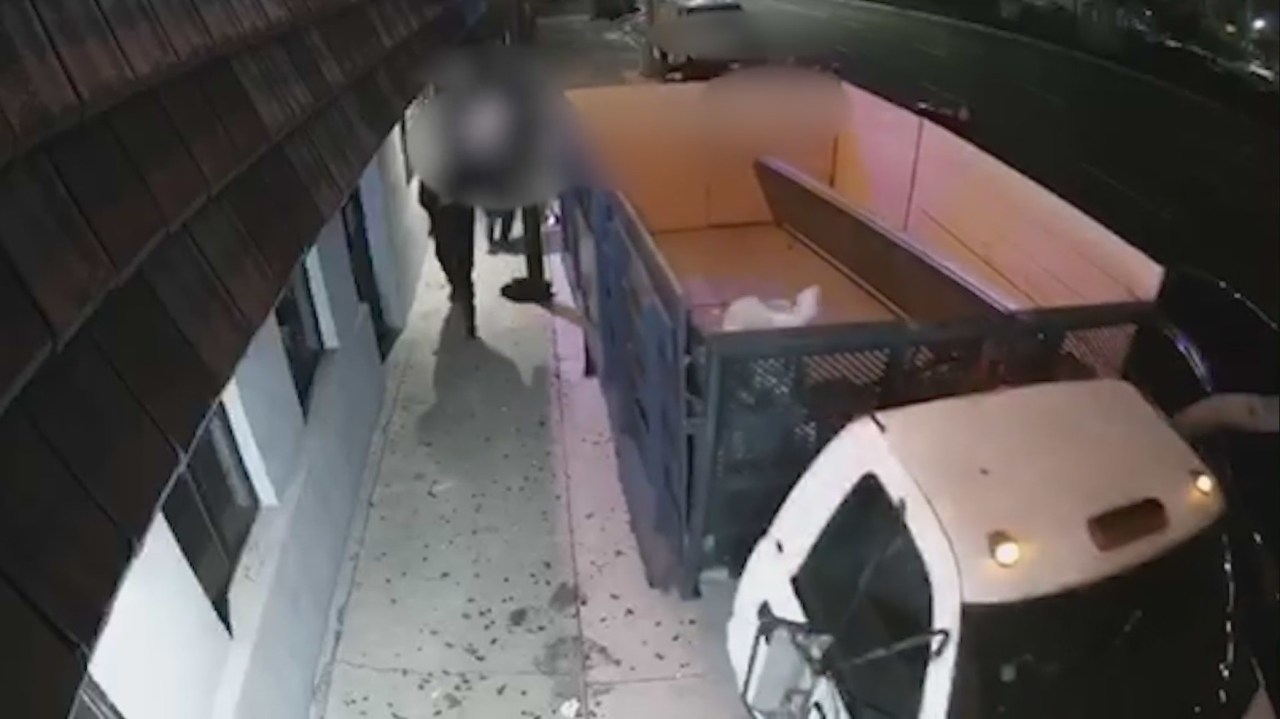 Surveillance video obtained by KTLA on Wednesday shows a van driving down a sidewalk near pedestrians past a bar in Hawthorne before the truck driver was fatally beaten by passers-by.

The footage was filmed around 2 a.m. on Saturday, after the driver – identified as Melguin Lopez-Santos, 40 – had a verbal altercation at the Rock It Sports Lounge and was apparently asked to leave, according to investigators at the Los Angeles County Sheriff.

After being kicked out of the bar at 14239 Hawthorne Blvd., Lopez-Santos is said to have gotten into his truck and driven onto the sidewalk, where MPs say he nearly hit several people.

Video shows at least seven people were outside the bar as the truck with a utility bed slammed onto the sidewalk. Lopez-Santos then apparently lost control of the vehicle, which came to rest against a tree.

Investigators say some of the customers surrounded the pickup and tried to remove Lopez-Santos from it, but he continued to drive before crashing into a nearby liquor store.

Once again, people attempted to get the driver out of the vehicle and a fight ensued. As Hawthorne police arrived at the scene, they found Lopez-Santos on the sidewalk with apparent blunt trauma.

Lopez-Santos died at the scene.

No arrests have been made in connection with the assault, and on Monday, Lopez-Santos’ family sought justice in the case, saying they believed there was a bigger story.

“I feel like it wasn’t an accident, he was murdered. It wasn’t a car crash, someone dragged him,” said Monica Perez, common-law partner of man. “I want the truth. Someone is covering something in this bar and we need to investigate.

Lopez-Santos leaves behind four children, according to a GoFundMe account created by Perez.

LA County Coroner’s records show an autopsy is underway and a cause of death has not been determined.

Vaccination cards of bar customers will be verified – CCPO exec

#TikTokMadeMeBuyIt: How the social media platform is becoming a buying phenomenon