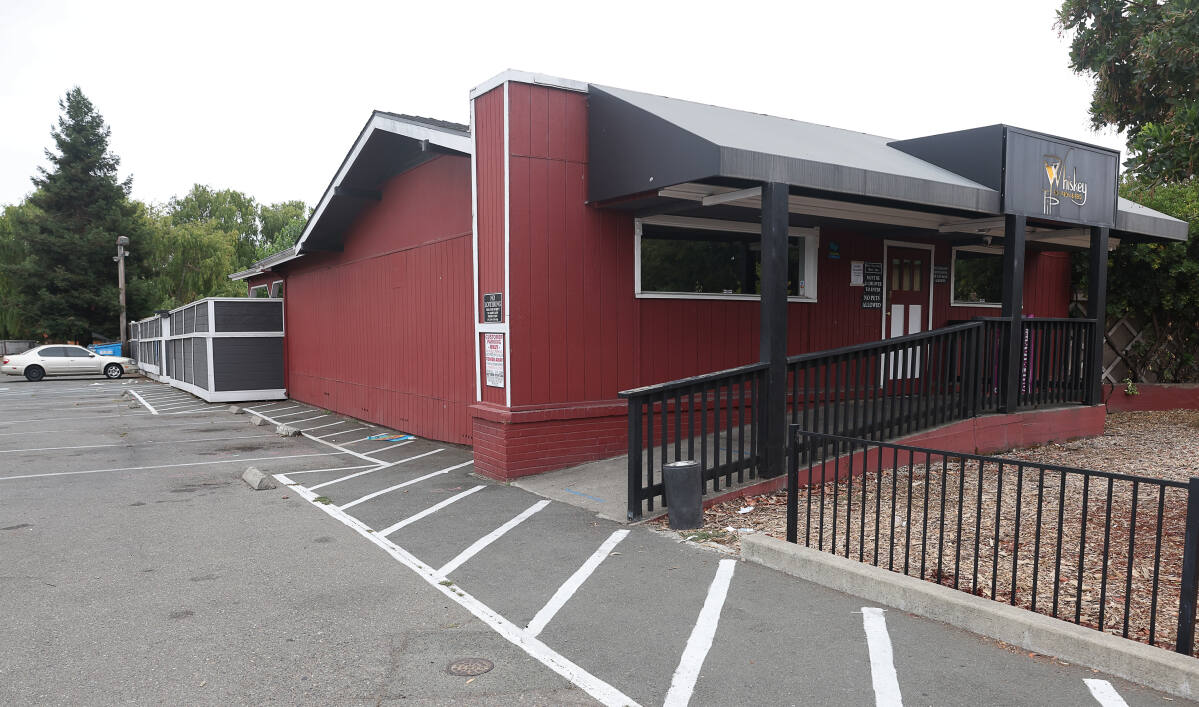 A Santa Rosa City Council member who was among patrons of a local bar Saturday night, just before a fatal shooting occurred in his parking lot, said Monday the incident in no way reflected the positive atmosphere that the company brings to the community.

Eddie Alvarez said he spent about an hour visiting voters at the Whiskey Tip, which put on a rap and hip-hop performance on Saturday night. He said he left the bar about 15 or 20 minutes before the shooting happened around 9:15 p.m.

Located near the southeast corner of Sebastopol and Stony Point Roads, this popular night spot attracts a wide range of Sonoma County patrons. It hosts all kinds of events, such as wrestling matches, fashion shows, and live concerts featuring artists from all musical genres.

Just before the business opened at 3 p.m. Monday, an employee asked questions about the shooting to its owner, whose name he would not release. Neither the owner nor a company official could be reached for comment.

Saturday’s performance drew a crowd of around 100, the council member said, adding that the festivities were spoiled by the shooting.

“It was a big event that was marred, scarred by this tragedy,” said Alvarez, who represents District 1, which includes Sevastopol and Stony Point. “This is definitely a needless loss of life. Someone lost their life in a jovial place.

Another Santa Rosa resident, Fogatia Fuiava, 29, has been identified as a suspect.

He was arrested on suspicion of murder at around 2:45 a.m. Monday along Anteeo Way off Moorland Avenue in an area just outside the southern city limit and nearly four miles of Whiskey Tip.

Fuiava is being held without bond at Santa Rosa’s main adult detention center, according to prison records.

McDaniel is at least the third homicide victim in Santa Rosa this year.

Before Saturday, the most recent homicide in the city occurred on July 5 when someone opened fire on a crowd that had gathered for an impromptu fireworks display along Beachwood Drive.

Even one homicide is too many, Alvarez said, but Saturday’s incident is especially rare because it happened on business property.

Police found McDaniel lying unresponsive in the parking lot Saturday night. Officers gave him medical aid before he was taken to a local hospital and pronounced dead, the Santa Rosa Police Department said.

Little was known about McDaniel immediately, but Sonoma County Superior Court records show he had felony and misdemeanor cases against him dating back several years. The crimes included allegations of burglary, assault and possession of tear gas.

Investigators believe two people, armed with handguns, approached McDaniel in the parking lot and shot him. They then fled the area, police said.

Santa Rosa Police Sgt. Chris Mahurin said McDaniel and Fuiava knew each other, but were not friends. It appears that an argument preceded the shooting, but a specific motive is under investigation.

Mahurin agreed that the Whiskey Tip “is not known to be a place of violence”.

It opened about six to eight years ago on property previously occupied by a bar called Giga’s, which had been around for decades.

Whiskey Tip sits at a busy intersection with heavy traffic and multiple small businesses, and is the only bar in the Sebastopol Road corridor, Alvarez said.

A long bar runs parallel to the right side of the building and several tables and seats are visible to the left, with additional space at the rear on the patio. A sign above the door leading to the patio indicates that the bar has a maximum indoor capacity of 65 people.

A makeshift memorial for McDaniel has been erected at the edge of the Whiskey Tip parking lot against a chain-link fence separating the property from a building with several businesses, including a True Value Hardware store.

A Mexican food trailer sat next to the memorial on Monday and several patrons stared at the candles laid out for McDaniel, wondering what happened and why someone died.

A few yards away, a Whiskey Tip customer sat in his car waiting for the bar to open. He said he knew nothing about the shooting, but had been coming to the bar for several years and had no plans to quit.