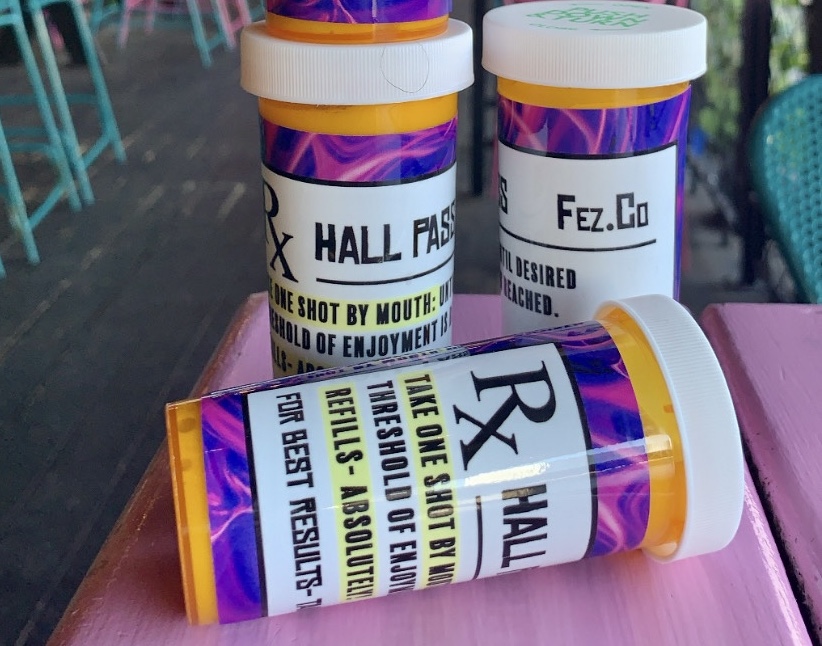 The show, which follows a group of struggling high school students as they navigate trauma, love, sex and addiction, recently entered its second season and has become a smash hit on social media. .

Present Company frequently creates over-the-top holiday cocktail menus. They had originally planned to launch a series of drinks for Valentine’s Day, but bar manager Chris Burns offered to create a “Euphoria” menu instead. The rest of the bar team loved the idea and followed suit.

Cocktails play with themes from the show, like the I Can’t Feel My Face When I’m With You, made with tequila, agave, and mouth-numbing Szechuan syrup. The drink is topped with a Sichuan flower rim, which creates a buzzing sensation on the lips and tongue, according to beverage director Rex Nielsen.

It was inspired by the character of Rue, “who’s numb, but wants to feel something,” he said.

The presentation of tongue-in-cheek cocktails has always been a feature of Present Company, where the regular menu includes a Bloody Mary served in a can of Campbell’s Warhol-style tomato soup.

Nielsen considered the show’s iconic aesthetic when creating the drinks for the new menu. The Hall Pass, for example, a shot made with cinnamon whiskey, banana liqueur, coconut puree and cherry juice, is served in a pillbox.

“The menu is meant to coincide with reminiscences of the show, but remains accessible to those not as familiar,” Nielsen said.

Another drink, called Bitch You’re My Soul Mate, a reference to the character Maddy Perez’s iconic line from Season 1, is made with vodka, jasmine liqueur, strawberry puree, and port mousse. It’s decorated with an edible neon image of Maddy and Cassie Howard, another character, as well as star-shaped edible confetti.

And Rue in the Sky With Diamonds, made with gin, Campari, flower blossom liqueur and blackberry syrup, is covered in edible paper that looks like LSD tablets.

The Season 2 finale “Euphoria” will air Sunday, February 27 on HBO. Present Company themed cocktails will be available next month.