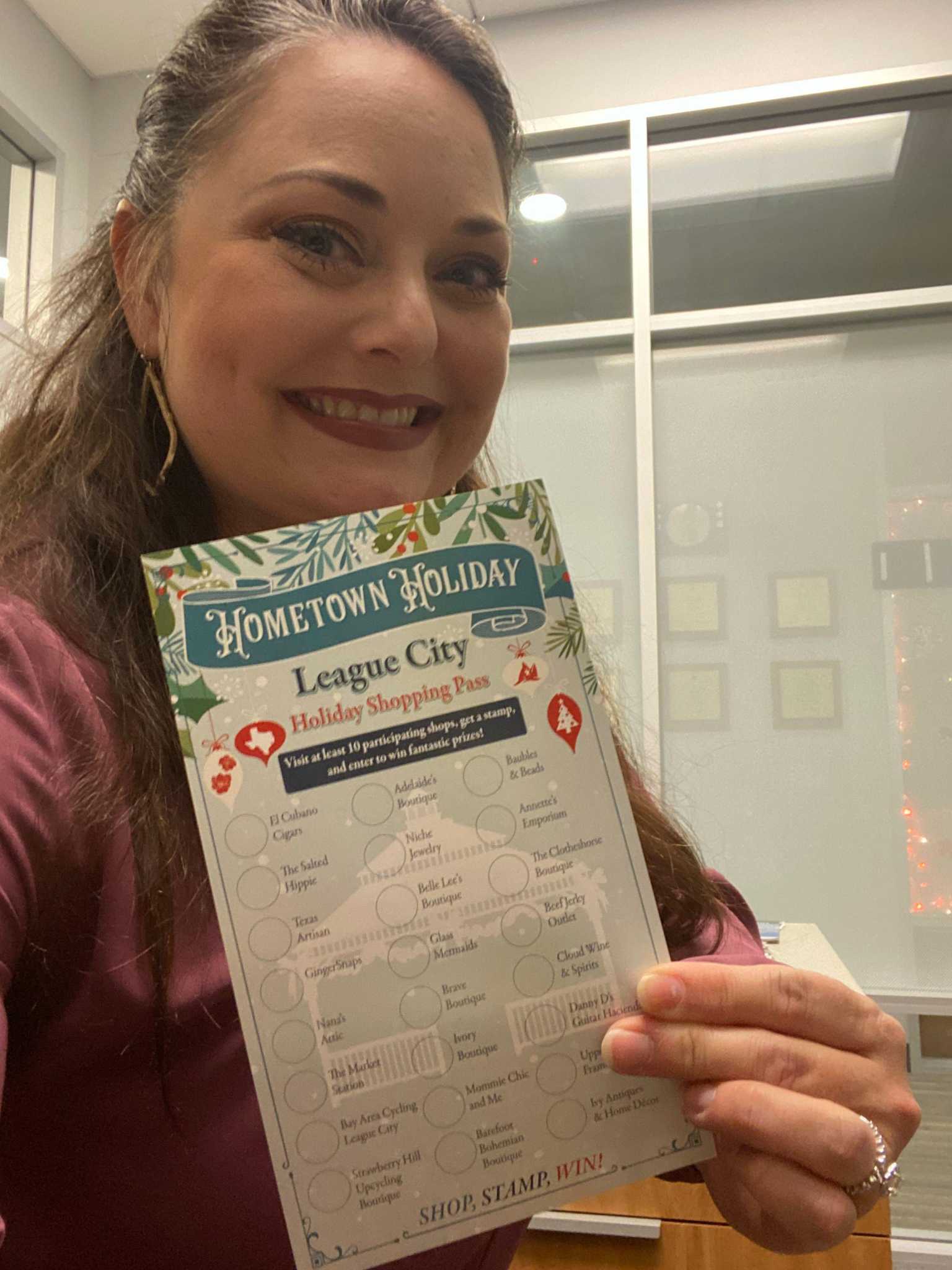 A League City program to promote hometown businesses during the holiday season is in full swing.

the Holiday shopping pass, a city visitors and convention center program designed to encourage residents and visitors to shop in the city, kicked off on November 1.

Through the program, 25 prizes will be awarded to participants.

The whole thing is quite simple. First, players collect a Holiday Shopping Pass at Town hall, 300 W. Walker, or Helen Hall Library, 100 W. Walker. Or, if they wish, they can print one from the convention center and visitors’ webpage at https://bityl.co/9R3H.

After that, participants take the pass from participating stores and have it stamped. When 10 stamps are collected, the player returns them to the town hall and waits for December 6.

From that day on and every day thereafter until December 21, live drawings will take place on League City’s Facebook page.

A total of 24 winners will receive a gift basket filled with items from participating businesses. The baskets are each worth $ 100.

One grand prize winner will receive $ 25 gift cards for each business, valued at $ 600.

The companies represented are very diverse and include Cycling in the Bay Area, El Cubano Cigars, Nana’s attic, Danny D’s Guitar Hacienda and The salty hippie. By design, businesses are spread across the city.

â€œWe wanted to include as many stores scattered around League City as possible,â€ said Stephanie Polk, director of the League City Convention and Visitors Bureau. â€œGetting people off their normal shopping routes is a challenge, and we are using the Shopping Pass as a tool to introduce them and encourage them to explore new places.â€

The shopping pass program is a by-product of the Shopping Guide 2020, which was developed by the city and groups such as the League City Regional Chamber of Commerce and the Bay Area Houston Ballet and Theater.

â€œLast year’s Shopping Guide was a huge success for local businesses. It attracted new customers to our boutiques and stores and got national recognition“Polk said.” This year we wanted to find a new way to spotlight League City’s unique businesses during the busy Christmas shopping season. “

Although the program is only just beginning, it has already generated quite a bit of interest.

â€œShopping Passes were distributed to over 40,000 homes in select Houston markets by the end of October,â€ said Polk. â€œApparently some people immediately started shopping and requested their stamps before the campaign officially started. I was very surprised when emails from store owners arrived before Halloween letting me know they needed their stamps immediately and people were already shopping.

â€œWe’ve had people hand in their completed shopping passes at City Hall before.â€

John DeLapp is a freelance writer. He can be contacted at [email protected]