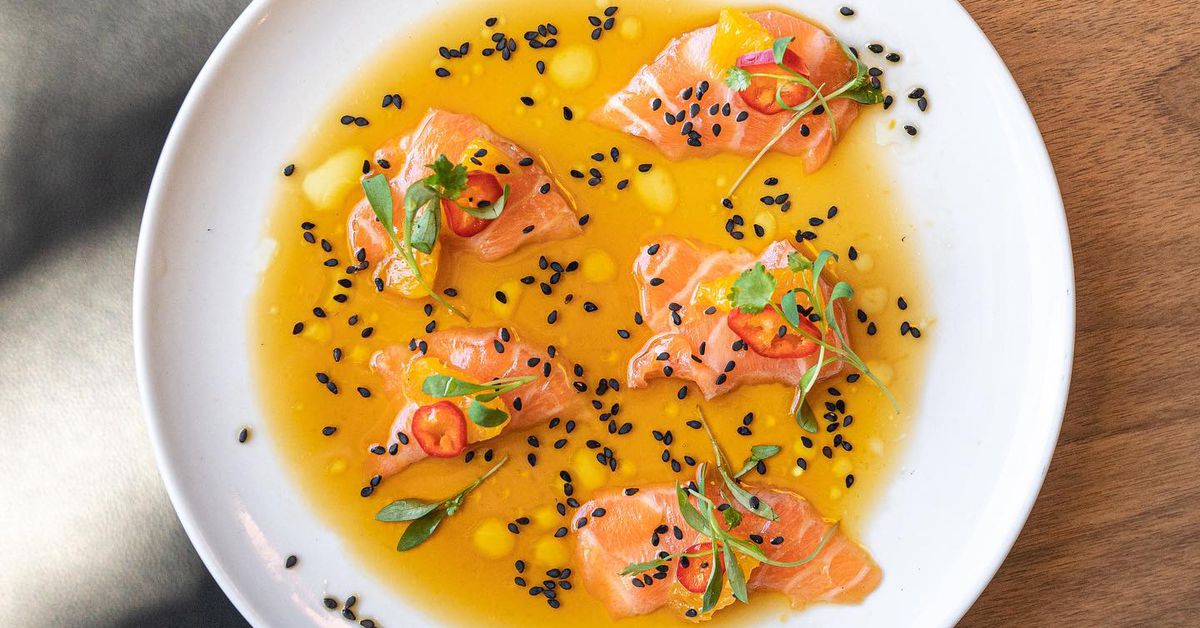 Echo Park’s newest seafood sensation, the Lonely Oyster, made its debut on Thursday, September 8, with a menu sure to please everyone, featuring seafood towers, salmon crudo, baked clams oven and much more. Owner Don Andes, who also operates Little Joy Cocktails in the neighborhood and Out There Bar in Twentynine Palms with business partner Joaquin Reyna-Donaldson, previously operated the Holloway in the same location as the Lonely Oyster for seven years.

The 2,000 square foot space, which was last occupied by pop-up Italian restaurant Amaro, has been converted into a maritime clubhouse, with a “modern minimalist” design that emulates the feeling of being on board of a boat or in the captain’s cabin. bedrooms, says Andes. The restaurant seats eight at the bar, 50 in the main dining room and 20 on the garden patio. Construction of an additional 500 square foot outdoor dining space is expected to be completed by the end of the month, bringing an additional 30 seats.

Behind the stoves is chef Carlos Lopez, who previously cooked at Rekondo and Kokotxa in San Sebastian, Spain, and Avra ​​in Beverly Hills. Menu highlights include a plethora of raw seafood options like scallop carpaccio and Peruvian ceviche, plus hearty entrees like a trio of lobster rolls with Connecticut-style, Louisiana-style lobster and curry on brioche buns.

The Lebanese branzino with homemade hummus, pita and grilled vegetables is inspired by Lopez’s upbringing in Puebla, Mexico. “My hometown has the largest Lebanese population in Latin America. Main street food is a pork shawarma taco,” Lopez told Eater in an email. “I really tried to execute the beauty of this union with this dish, showcasing my roots with Middle Eastern influences.” (The full menu is below.)

Most notably, the raw bar is staffed by a team of seafood experts who are happy to educate diners on the intricacies of what’s on the menu. Take a seat in advance to learn about the sourcing, flavor profiles and sustainability of ingredients served at Lonely Oyster. “We enlisted Dillon Turner, a NorCal native and master educator to elevate the experience and give credit to the work that goes into the process of all things oyster,” general manager Sam Valle told Eater. . “Learning about the environmental influence, or merroir, of what creates great seafood brings a new appreciation for what’s on your plate.”

Wines and cocktails are on hand to soak up. Sommelier Adam Ohler’s list includes wines produced in California and Europe and offers more than a dozen red, white, orange, rosé and sparkling wines by the glass. The cocktails are meant to pair well with the fare; an early hit is the $17 house special martini made with gin or vodka, vermouth, olives and a twist of lemon. A raw oyster in the half shell with a heap of caviar can be served as a side dish for an additional $13.

The Lonely Oyster is open Monday through Friday from 5 p.m. to midnight and on weekends from noon to midnight.