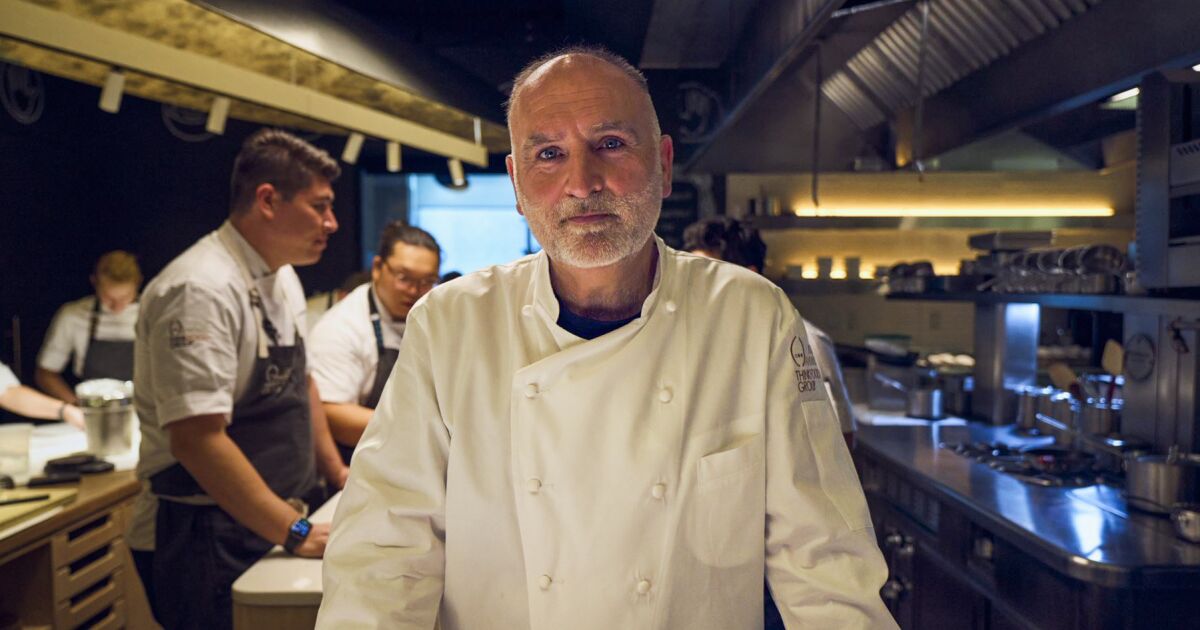 After several restaurants and bars have opened in downtown Los Angeles, chef and humanitarian José Andrés is set to open another restaurant in the neighborhood next year. The as-yet-unnamed restaurant and bar will occupy the roof of the historic Trust Building, where celebrity chef Curtis Stone had already announced the opening of a restaurant with its sibling – and is expected to launch by the end of 2023.

Andrés, who also runs the international aid nonprofit World Central Kitchen, previously operated Bazaar and Somni in Beverly Hills until they closed in 2020. In July, Andrés and his hotel group moved back to Los Los Angeles with two restaurants, two cocktail bars and a poolside lounge in the downtown Conrad Hotel, with a Bazaar Meat steakhouse slated to open in the second half of 2023 in the Grand.

“What José always says is: ‘I feed little and a lot’,” said Sam Bakhshandehpour, president of the José Andrés group. “We said, ‘You know what, if we make a bet on LA, we’ve established a foothold in downtown, let’s keep growing. Bakhshandehpour compares the neighborhood-targeted expansion plan to the early days of Andrés’ investment in the Penn Quarter neighborhood of Washington, DC, where he now operates several restaurants. News of the restoration of the Trust Building has already propelled discussions about the revival of the historic corridor and the town centre.

A recently launched media company under Andrés’ umbrella will also be housed in the Trust Building. Other Andrés’ LA restaurants may eventually open, perhaps on the west side, Bakhshandehpour says, but for now the focus remains downtown at the Conrad, the Grand and now the Trust Building.

Offering both classic maki and opulent sushi, Old Town Pasadena’s Kaviar Restaurant has opened a restaurant in the Arts District. Its sister location has a full liquor license for cocktails, as well as signature items such as the toro nigiri topped with uni, caviar, truffle and gold flakes. Still overseen by Executive Chef John Hans Yeo, hot items on the menu include A5 wagyu with truffle butter; uni pasta with quail egg and truffle; and miso-glazed black cod. Fashion designer and creative director Aureta Thomollari, newly associated with the restaurant, debuts a caviar room in the space. Kaviar is open in the arts district from 5 p.m. to 10:15 p.m. from Tuesday to Friday and from 6 p.m. to 10:15 p.m. from Saturday to Monday. Next year, Kaviar is expected to expand beyond California with locations in Dallas and Scottsdale.

Popular smashburgers from food truck and pop-up Heavy Handed can be found in Santa Monica at the first restaurant of owners Danny Gordon and Max Miller. Drawing a line in the block, Heavy Handed opened on the weekend serving its short rib burger patties topped with American cheese, gravy and homemade bread and butter pickles in single, double or triple, plus new additions of soft-serve cones, loaded (“heavy”) fries, beer and wine. The new location offers a walk-in counter service format with all-outdoor seating. Heavy Handed is open Sunday and Tuesday through Thursday from 11:30 a.m. to 10 p.m., and Friday and Saturday from 11:30 a.m. to midnight.

Sushi Roku and BOA Steakhouse, both operated by Innovative Dining Group, have opened under one roof (though they remain separate) at the Manhattan Village mall in Manhattan Beach. Sushi Roku serves a range of nigiri, rolls and sashimi as well as modern izakaya-inspired dishes, while on the other side of the building, BOA Steakhouse offers Japanese Wagyu, dry-aged steaks, salads , crab cakes and sides such as lobster mac. don’t cheese. The Sushi Roku space seats 100 people and includes a patio, a sushi and cocktail bar and a digital art wall that displays NFTs – which are also on sale – while the BOA Steakhouse space seats 160 people and hosts its own bar and patio. The double BOA Steakhouse and Sushi Roku in Manhattan Beach is open Sunday through Thursday from 5 p.m. to 10 p.m. and Friday and Saturday from 5 p.m. to 11 p.m.