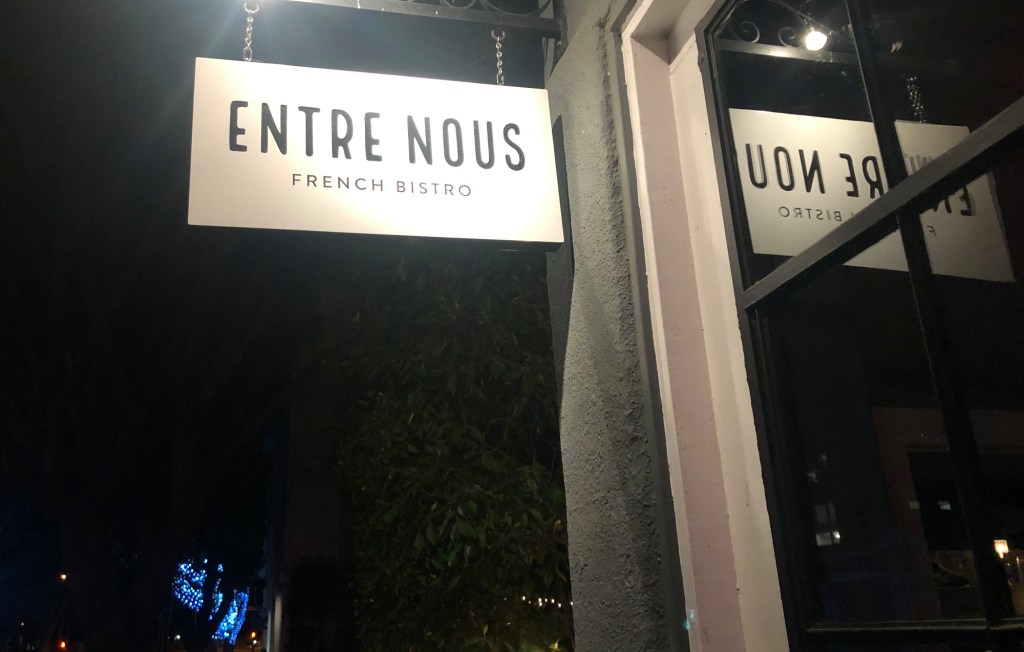 I grew up in New York City, with a Midtown that often felt like a Parisian neighborhood as there were French restaurants on every block. French was the destination cuisine of choice, the food you ate on special occasions (if you were a Bronx kid) or every day (if you were a mover and a shaker on an expense account).

And then, I moved to Los Angeles, where French cuisine was respected (remember L’Orangerie, Le Restaurant, La Toque?), But never a dominant force. Our main culinary influences were, and still are, Asian, Latino and Italian – more casual cuisine, for a more laid back city. A place where a tie and jacket was no longer needed for dinner, although long pants were certainly appreciated.

L’Orangerie, Le Restaurant and La Toque disappeared several years ago. And if we are not without Gallic options – RÃ©publique and Petit Trois are great pleasures – the cuisine is not what it used to be.

But by hovering on the edges, I detect a bit of a revival. Certainly a small renewal, but it is there. And it’s in old Pasadena, where two French options have remained alive during Our Year of the Plague – and seem to become the mainstays of rediscovering joys lost with time and the tide.

The extremely pleasant French Bistro Entre Nous (119 W. Green St., Old Pasadena; 626-844-4500, www.entrenousfrenchbistro.com) sits in a slightly secluded space that has hosted a colorful assortment of restaurants over the years – remember Catavinos, Trattoria Tre Venezie and more recently Racion? They fed us all well. It is a tradition perpetuated by Entre Nous, under the baton of “The Boys” – Jean-Christophe Febbrari and Mathias Wakrat, who have a loyal clientele at Eagle Rock nearby with their affable CafÃ© Beaujolais.

Entre Nous translates to “Between us”. And between us, this has been a great place to dine a bit away from the hubbub of Colorado Boulevard, at a plethora of outdoor tables that sit on an adjacent patio and stretch out a bit down the block. . When the warm weather returns, it will not be difficult to imagine that you are dining in the Marais.

The menu here is as classic as anything on the Left Bank. The starters are a choice of cheese or cold cuts. The appetizers are available in Gratinated Onion Soup, Escargots de Bourgogne (snails in garlic butter), Caesar salad, Brie en Croute au Beurre Blanc (brie in puff pastry), Salmon Tartare – dishes like classics as they are prepared in the classic way.

And the starters follow one another obediently, from Entrecote with Pepper to ProvenÃ§al Mussels. From Sea Bass and Lentiles to Rack of Lamb with Lavender Flower. From Tarte Tatin with Chocolate Mousse, Creme Brulee, Profiteroles.

The food is delicious, tastes that have been missing from Los Angeles for so long, it’s like discovering them for the first time. It is a return to classic French cuisine, going back to the roots of cooking. This is what I ate in New York many years ago. And what they eat all over France, every day.

A few blocks away, Pearl (43 Union Street, Old Pasadena; 626-460-8819, www.perlerestaurant.com) sits on crazy Union Street, surrounded by a United Nations of Cuisines, many of which are take out. But like Entre Nous, Perle is a true sit-down bistro, with owner Dead Yasharian doing classic wonders in the kitchen.

Yasharian has worked with Daniel Boulud and Gordon Ramsay in some of their best restaurants. He was the chef here in Los Angeles at the Chateau Marmont. He won the Food Network show “Chopped”. That he has decided to feed us the laid back Gallic cuisine here in old Pasadena is a great honor.

And once again, on the charcuterie and cheese menu, onion and snail soup, sole meuniÃ¨re, mussels and fries and coq au vin. There’s the black truffle pasta (handmade, of course). The potatoes are mashed with truffles. The fries are flavored with truffle and parmesan. There is caviar, for those who live big. There is also a crÃ¨me brÃ»lÃ©e and a chocolate soufflÃ©.

Between Entre Nous and Perle, Pasadena is at the forefront of a cuisine that has almost disappeared from Southern California. There are no gimmicks in this food – the cooking is just as well done here as it is in the shadow of the Eiffel Tower. I will have more to say when I return to take a closer look. But in the meantime long live France! It’s good to find you!