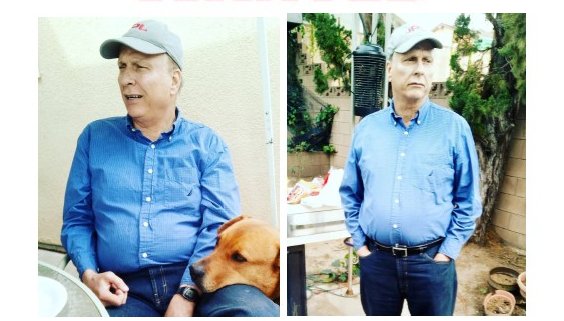 DIAMOND BAR – Authorities on Thursday renewed their call for the public’s help in locating the hit-and-run driver responsible for fatally injuring a 72-year-old man who was struck by a vehicle while crossing a street in Diamond Bar near his home on July 4th.

Bruce Bodel was walking north on Penarth Avenue crossing Lycoming Street around 10:30 p.m. on Independence Day when a vehicle heading west on Lycoming struck him, according to the Los Angeles County Sheriff’s Department . The driver left without stopping to help Bodel, turning south on Lemon Avenue.

Bodel, who lived nearby, died of his injuries four days later, authorities said.

The hit-and-run vehicle was described as a two-door silver sedan, and based on evidence recovered from the scene, the car is believed to have damage to the front as well as a cracked windshield, the car said. Assistant Trina Schrader.

The Los Angeles County Board of Supervisors and City of Diamond Bar officials offered rewards of $ 10,000 each for information leading to the arrest and conviction of the suspect (s).

â€œIt devastated my family. He always liked to go out for a walk, it was just his habit. Rather than taking a car, he took a bicycle or walked. He was a vegetarian, he had never hurt a fly. So anyone who could help bring justice to my uncle would be greatly appreciated, â€said Bodel’s niece, Jessica.

Anyone with information about the crime has been urged to contact the Walnut Sheriff’s Station / Diamond Bar Detective Office at 909-859-2817. Anonymous tips can be called to Crime Stoppers at 800-222-8477 or submitted online at lacrimestoppers.org.