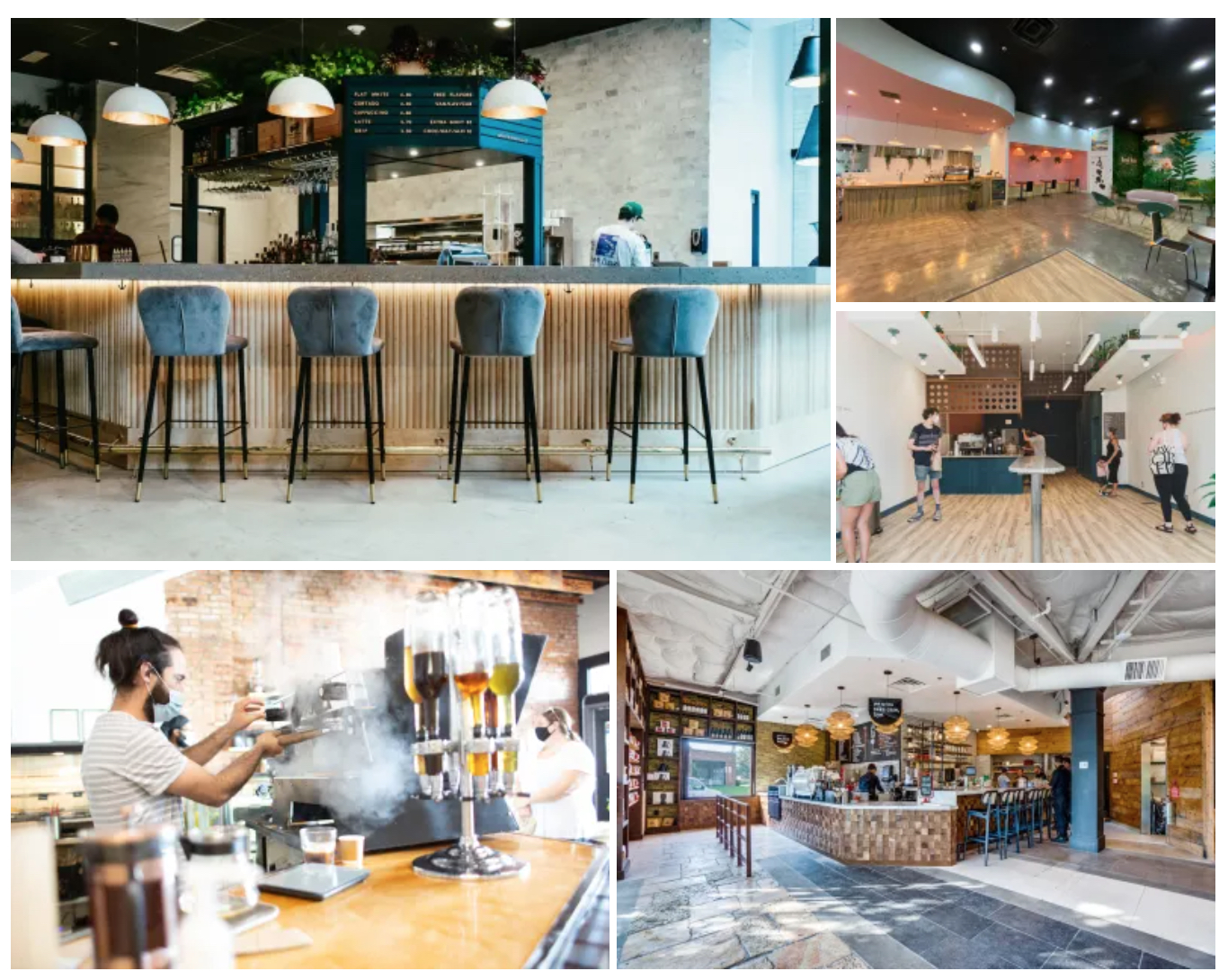 The geographic center of the United States was like a disco ball reflecting every angle of specialty coffee in 2021.

From the Great Lakes to the Gulf and from the Great Plains to the Appalachians, ribbons have been cut at stores celebrating the coffee cultures of Australia, Scandinavia, Central America, the Middle East, and more. Some shops were designed specifically to rally Black and Latinx communities that have been underrepresented in the specialty coffee space, while others were inspired by environmental concerns, dogs, Dogecoin, Symphony or the scene.

Here are 21 of the biggest store openings in the central US in 2021, as covered by DCN:

[Editor’s note: This feature is part of our ongoing 2021 year-end coverage. Click here for additional stories, updated daily through Dec. 31. You can also tell our editors about your new coffee shop or coffee roastery here.]

With ties to Honduras, Coffeestamp comes to St. Louis

The coffee roastery was opened in the Fox Park neighborhood in the second half of last year by brothers Patrick and Spencer Clapp, who moved eight years ago to the United States from Tegucigalpa, Honduras .

Sustainability-minded Cafe ZunZun has released its new Loring S7 Nighthawk coffee roaster and will soon welcome guests to a thoughtfully designed building in Cypress, Texas, just outside of Houston.

Australian-inspired coffee Down Under powers Detroit

Aussie-style coffee has come to Detroit through Coffee Down Under, a new coffee bar serving Proud Mary beans literally under the ground floor of a building in the downtown Financial District.

A connection between Dallas and Costa Rica grew like a verdant jungle vine with the opening of The Berni Bean Coffee Company. The new downtown spot was soft-launched last month, selling brewed coffee drinks and roasted Costa Rican beans in a space teeming with vibrant leafy greens that are both painted and real.

The Dala Horse of Saint Paul, Minnesota finally has its own pasture. SK Coffee, whose colorful geometric logo takes the shape of the traditional Swedish toy horse, has opened its first retail coffee shop in the bright lobby adjacent to its ground-floor roastery in the Vandalia Tower in Saint Paul.

When fully open, the store will seat around 40 people in a bright, open space with high ceilings and modern globe pendant lighting, with additional standing room to spare. At the center of it all is Deeper Roots’ long-standing cultivated coffee program.

Indianapolis-based roasting company Tinker Coffee has gotten into business with its first forays into retail, opening two new cafes in the past month, with a third on the way.

Certain Feelings Coffee, the newest addition to the Indianapolis-based Small Victories Hospitality group, is experiencing those warm fuzzes with the opening of a stylish coffee roastery and coffee bar inside The Garage food hall, offering freshly roasted coffee for drinks and bags.

Cafe Coma is wide awake with an expanded bar and kitchen outside St. Louis

Following a pandemic-induced downturn, Missouri-based Coma Coffee Roasters found a new lease of life by opening a retail headquarters with an all-day fresh food and beverage program in the suburb of Saint-Louis.

Prequel is the new chapter of Longtime Chicago Coffee Space

One was at Atomix Coffee, a coffee and food staple in West Town, which closed in 2019 after nearly 20 years in business. Miller and a team of cafes have now returned to the old Atomix space at W. Chicago and Damen to open a brand new cafe, called Prequel.

It’s been a pandemic ‘ruff’ year since Proud Hound Coffee moved its Loring S15 roaster to a 5,000 square foot space just outside Cincinnati, though it ended with a treat worthy of a wag: the grand opening of Proud Hound roast coffee.

At the shop, beers in traditional Turkish and Yemeni ways can be purchased through decidedly modern means such as Dogecoin and Bitcoin.

The four-year-old business has executed a major undertaking over the past year, expanding its original 1,600 square foot cafe by taking over adjoining corner space. The combined 4,000 square foot Nexus Café epicenter now includes the roastery, show space and an expanded retail area.

Rise of Ascension Cafe in Dallas Continues Under New Management

Dallas-based Ascension Coffee is on a rocket trajectory this year as it opens or reopens Texas-size retail stores, expands roasting and culinary operations, and follows a new management team.

Coffee and cocktails share the stage at the Parterre in Dallas

Occupying a downtown Dallas space that was formerly an Ascension Café, Parterre offers the combination of a coffee roasting café, full kitchen and cocktail program established for the first time in Reunion, catering to customers from early morning until evening.

Lucabe co-owners Tyler and Alissa Hodge have coordinated with Nashville, Indiana-based architecture studio Daugherty Design Plus a substantial remodel of the building’s iconic glazed-brick interior, giving it new life as a cafe while restoring and showcasing many of the original features. interior details.

Houston White’s The Get Down Coffee Co. kicks off in Minneapolis

The Conservatory Coffee Cart is the third outpost of black-owned Windy City coffee purveyor, which also serves brews and beans at the Retreat at Currency Exchange Cafe in Washington Park on the South Side and the coffee bar at the first floor at the Soho House Chicago Hotel in the Fulton Market area.

Why Payday Loans Are Not Dangerous

A guide to LA’s black-owned cafes, by neighborhood