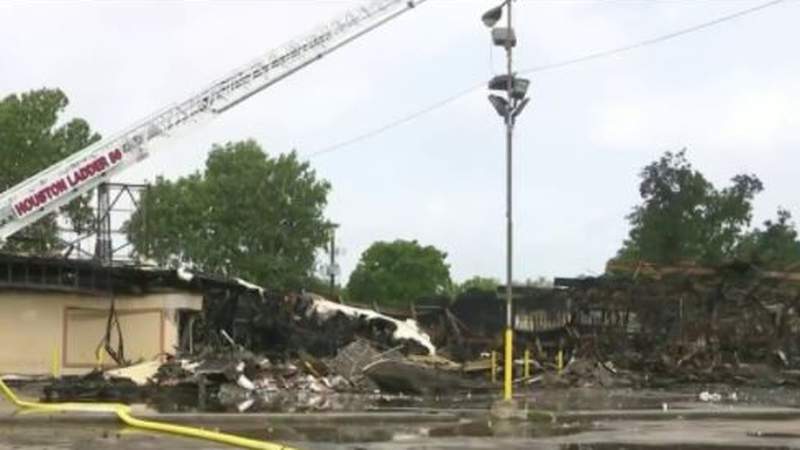 HOUSTON – Houston firefighters were battling a three-alarm blaze that destroyed several businesses at a northeastern Houston shopping center on Thursday.

Firefighters responded to what was initially called a “structure fire” at 9011 Jensen Dr. at around 1:10 am.

Officials said they had arrived and located a fire in a vacant part of a shopping center. Firefighters said there had been structural collapse of parts of the building. No injuries were reported.

“The fire may have spread to different companies before we could even get any report of it,” said Martee Boose of the Houston Fire Department.

Two other businesses, including the Dollar General and a Beauty Supply Shop, were damaged. A historic cinema has not been affected.

“With such a large strip center, it took a lot of hours and force for the firefighters to put it out,” Boose said.

It was a scary morning for the residents, including Diana Loredo, who lives just behind the mall.

“The flames were really high. There was a large cloud of smoke. Simply out of control, ”said Loredo.

She filmed a video on her cell phone as her family evacuated.

“We saw when the wall fell on our side, it was really bad, we thought it was actually going to set the trees on fire,” Loredo said.

As arson investigators tried to determine the cause of the massive blaze, Loredo was grateful.

Will the unease over hiring ruin holiday shopping this year? – Pasadena Star…