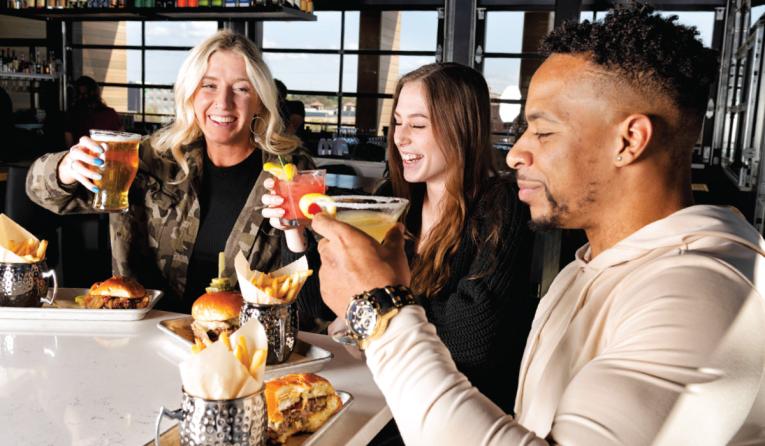 Bar Louie has been around since 1990, but the franchisor thinks it has never had so many tailwinds as it does today.

“We consider ourselves industry mavericks,” says Tom Fricke, who for more than four years served as CEO of the brand that claims to have coined the term “Gastrobar.” “When I arrived at Bar Louie, I saw a company with a world-class beverage program and a magical customer experience. When one of our bars is full, the music is playing and you’re with your friends , there really is no such thing.

Over the past few years, Fricke and his team have worked hard, focusing on three main areas where the brand could improve. Fricke wanted to see more overall consistency in the customer experience. He also wanted to deploy a comprehensive digital marketing strategy and create a food menu that would match Bar Louie’s renowned drinks menu in terms of quality and innovation.

Early results have been overwhelmingly positive, with a recently opened location in Granger, Indiana expected to surpass $6 million in sales in 2021. Three other locations that opened before or during the pandemic have seen similar success, and Fricke believes that has a lot to do with sleek, modern builds, as well as a new food menu that’s getting rave reviews.

The menu was redone by industry veteran and former Wolfgang Puck Steve Madonna, who says the driving force behind his innovation was to create a menu that would be popular with any type of diner or bar.

Menu favorites that might reflect the brand’s “maverick” include fried pickles, a meatloaf grilled cheese, and voodoo pasta. Other more standard menu items range from wings and burgers to flatbread pizzas. The brand also began rolling out regional menu items across its national footprint and created a virtual kitchen called Macs & Stacks featuring grilled cheeses and macaroni and cheese.

“Nowadays in our space you need to have foods that match your bar menu and vice versa – you can’t have one without the other,” Madonna explains. “I think that’s really helped us deliver the experience that we try to provide, where we have a little something for everyone.”

And now Bar Louie is looking to expand with franchisees willing to open multiple locations. The brand targets large swaths of white space, and Fricke says the company is ready to have conversations with groups in many parts of the United States.

“One of the things potential franchisees should know about us is that we have several bars that are company-owned and that we use to test things, like menu changes and new technology initiatives,” Fricke says. “It means that when we go to them asking for a change in the way we operate, we can demonstrate to them that it has already worked. And, right now, things are going very well – it’s the perfect time to invest in Bar Louie.

To learn more about franchising with Bar Louie, visit barlouie.com/franchise.

During the quarantine, the number of long-term online direct lenders has increased